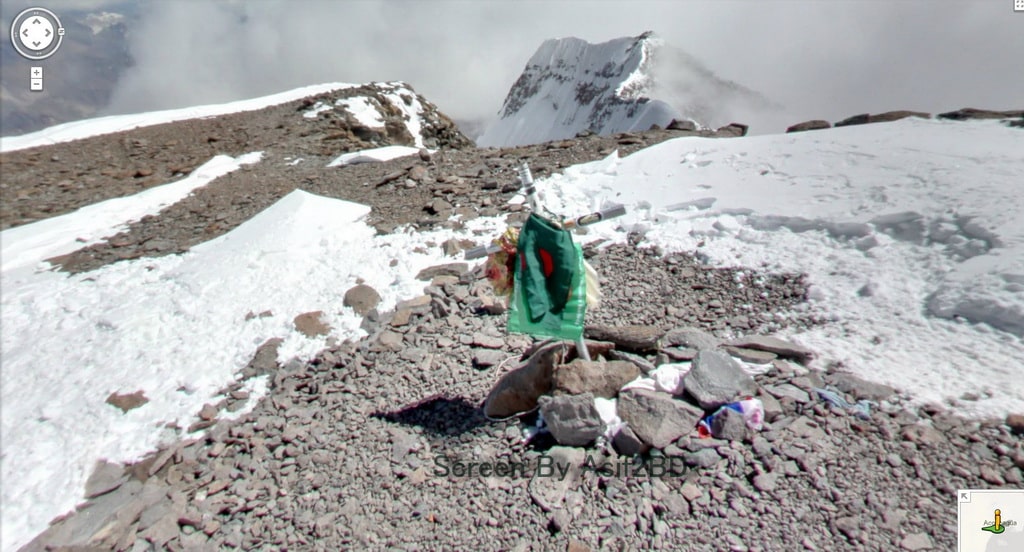 While reading a news about “Google’s Stunning Street Views From the Top of the World” at Wired, I just find out Bangladeshi Flag in “Aconcagua Summit, Mendoza, Argentina”. It was very surprising but feels great. You could check directly from Google Maps here – https://asif.im/gMapsMt . BTW the summit of mighty Aconcagua is the tallest mountain in the Western and Southern Hemispheres and the tallest point outside of the Himalayas. So was it Wasfia Nazreen? and its part of Bangladesh on seven summits?